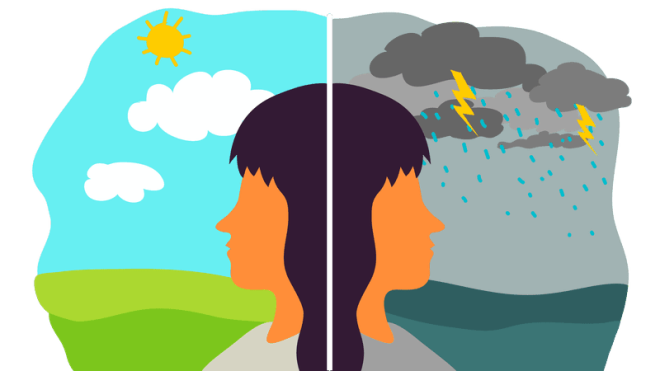 Hello! I haven’t done a Mental Health Monday post in a while – sorry about that. I feel really guilty about not posting much this month. However, I am here now! Let’s talk.

May is Mental Health Awareness Month, which hopefully you’ve seen on social media. Specifically, May 13th to 19th is Mental Health Awareness Week! Every year a new theme is picked to discuss in-depth, and this year the theme is body image. This is a theme that I am a huge supporter of – I’ve previously talked about summer and how it impacts my body confidence, as well as made a list of some of my favourite body-positive books. I’ve also previously talked about fatphobia, and eating disorders if you’d like to check those out, too.

I would normally write a post about the theme, but right now I just don’t think that I can. I’m going through a lot of body/physical health stuff at the moment. If you want to help with Mental Health Awareness Week, you can download some resources to raise awareness about it here, and you can download a supporter pack here.

Now – onto the real topic at hand! May is not only Mental Health Awareness Month, but it is also BPD Awareness Month. In the last 6 months I’ve been diagnosed with Borderline Personality Disorder, which I explain in this post. What I’ve since realised since writing that post is that there are a lot of myths to do with BPD, and a lot more stigma than I had ever imagined. So, today I thought I would go through a couple of those myths, and explain why they’re total nonsense.

Myth 1: People with BPD are manipulative

Reality 1: First of all, I want to point out that people with BPD are people, first and foremost. Some people will be manipulative, whether that is on purpose or not. The majority of us aren’t, though. I can see where people are getting this myth from. A lot of people with BPD (but not all!) have really quick mood swings, and black and white thinking. This means that it is very easy for people like me to go from being ridiculously happy and in love, to very angry and upset. This isn’t manipulative – it’s just how our brains work. I try to be really conscious of how this will make my loved ones feel, as well, and I try to reassure them that I’m not angry or upset with them. I live in a lot of fear that I am being manipulative, so I try to do everything in my power to make sure tham I am not.

Myth 2: People with BPD are dangerous/abusive

Reality 2: Unfortunately this is a myth that has really stuck with the diagnosis. It’s probably because a lot of media representations of BPD such as the stalker ex-girlfriend in Fatal Attraction. In reality, though, people with BPD are more likely to be the victim of abuse than an abuser. People with BPD report high rates of childhood sexual abuse, emotional abuse, and/or physical abuse – and we remain vulnerable throughout adulthood, often due to our volatile relationships and potential impulse control.

Reality 3: I think it’s the whole ‘personality’ thing in the label borderline personality disorder that gets people confused. People with BPD do not have multiple personalities. There is the potential for psychosis (which I’ve talked about before), and people with BPD tend to experience instability in their self-image, moods, and behaviour.

Do you have any more questions about BPD? Give me a shout in the comments!