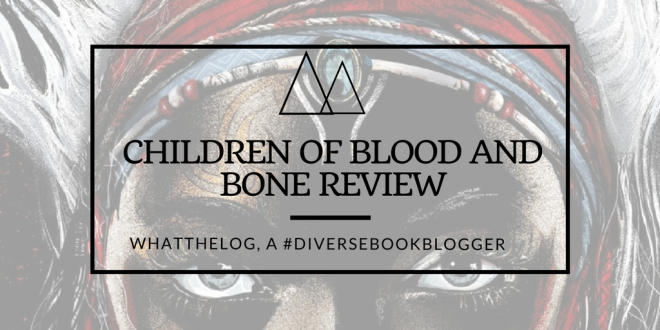 Everyone and their mother has been talking about Children of Blood and Bone by Tomi Adeyemi and for good reason!

But everything changed the night magic disappeared. Under the orders of a ruthless king, maji were targeted and killed, leaving Zélie without a mother and her people without hope.

Now, Zélie has one chance to bring back magic and strike against the monarchy. With the help of a rogue princess, Zélie must outwit and outrun the crown prince, who is hell-bent on eradicating magic for good.

Danger lurks in Orïsha, where snow leoponaires prowl and vengeful spirits wait in the waters. Yet the greatest danger may be Zélie herself as she struggles to control her powers—and her growing feelings for the enemy.

Reading this book is actually quite unlike me. I’m not a huge fantasy lover and I don’t tend to read series, particularly if there’s the potential for a cliffhanger (which this one DEFINITELY has.) However, I’m so glad that I took a chance on this one, because it reminded me why I used to love fantasy so much.

First of all, as everyone has said, the world building and magic system was great. It’s based on a pantheon of gods, including the Maji of Life and Death, and the Maji of Darkness and Light, as well as the elements (I can see where the Avatar: The Last Airbender influences come from!). One of the bugbears I often have with fantasy is that the world is either under-explained or there are info-dumps but Adeyemi was really great about using the characters to explain what has happened in the past, with the slaughter of the maji, as well as how they have been oppressed since then.

The truth cuts like the sharpest knife I’ve ever known. No matter what I do, I will always be afraid.

Other bits of the book that I really liked:

The one part of the book that I was a bit ‘meh’ about was the romance. I just thought it was a little bit out of place, and although it upped the stakes a bit more, I didn’t think it was necessary. I hope it’s forgotten about in the next book.

Overall, THE HYPE IS REAL. If you amazingly haven’t managed to read this book yet, I would recommend it, even for those who, like me, aren’t the biggest fantasy fans.

12 thoughts on “children of blood and bone review”